THE 11 HARDEST ABS EXERCISES OF ALL TIME


So planks and hanging leg raises aren’t giving you the six-pack abs you want? Try these ultra-difficult moves—to give you the hardest abs of all time, naturally. 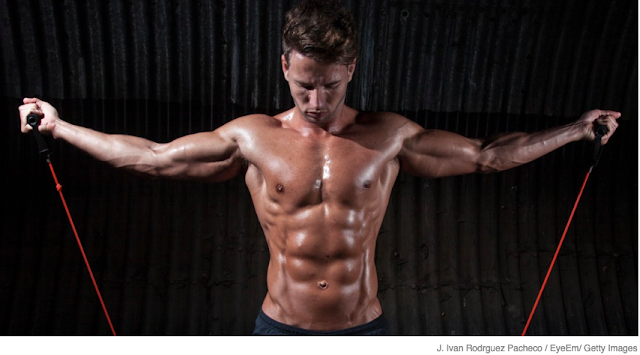 Not to worry. With these moves from top trainers, your abs will reach new levels of ripped and shredded.

Warning: Some of these are so tough, even the worst bro in the gym may not be able to do many (if any), at least not right off the bat. “Many people could slop out a few reps of these and not really get anything out of it,” says Eric Emig, personal trainer and founder of Evolution Fitness in St. Louis. “Correct form, of course, is the key.”

1. Decline Bench Leg Raise
Lie back on an angled bench with your head high and your feet low, strapped up with ankle weights in the 2- to the 10-lb range. Hold on to the bench behind your head and, keeping your legs pin-straight, raise them up and toward the ceiling, until your body is vertical, resting on your upper traps. Slowly lower yourself back down, all as one unit. “These are so hard because they require a lot of upper-body strength, as well as tremendous core strength to reach toward the ceiling and lower under control,” Emig says.

2. Suspended Situps
Hook your legs into a decline abs bench. Using your entire core, and being sure to bend from the hips, lift your body up off the bench, so everything from roughly the knees up is suspended in the air. “You now have a full range of motion to work your abs however you want,” says personal trainer Victor Adam, owner of Axiom Health and Fitness. “Do crunches, side crunches, trunk twists, etc, all in this suspended position. Or simply extend your arms out to do what is essentially a reverse plank.” Skip this one if your knees are iffy, and keep your movements while up there fluid, not jerky, to protect your lower back.

3. Smith Machine V-Ups
Load the Smith bar with, say, 50lbs, lowered to about mid-thigh height. Climb under the bar and lie on your back under it, as if you were going to do a bench press. Simultaneously press the bar up while hinging at the waist to raise your legs, so you’re in a V-up position. Lower with control. Want to make it even harder? “Add weighted ankle straps and/or add more weight to the bar,” says Emig.

4. TRX Oblique Crunch
If you think the regular TRX crunch is ho-hum, turn it on its side. Put your feet in the handles of the TRX, and set yourself up on your side, so you’re resting on one of your forearms. (The TRX will be shifted to one foot is above the other). Place your free hand behind your head and pull your knees in toward your chest, free elbow toward your hip. Extend back out with control, never losing your plank’s height. “It's hard because side planks are already tough, but crunching with it activates many more muscle fibers,” says Emig. And yes, you have to do the same number of reps (however many you can do) on both sides.

5. Wrestler Planks
“Planks are in vogue as an isometric abs exercise,” says Robert Herbst, a decorated powerlifter, and coach, who’s also a big fan of training the abs isometrically, rather than with repeated crunches and situps. To do wrestler planks, you’ll take your arms out of the equation, supporting your body with your feet and your forehead (yes, really). Brace down through your core and hold as long as you can, without developing a pain in the neck. “Caution: Do not roll your head, but keep it in one place to avoid stressing the cervical discs,” he says. Bonus: You’ll get some valuable neck-muscle training.

6. Isometric Curl-Ups
You’ll need a training partner for this one. Lie down on the floor on your back, elbows out, and hands near (but not behind) your head. Curl your knees in toward your nose. Hold that position. Now, have your partner start trying to pull your knees directly away from your chest, then pulling you in all directions around the floor. Whatever you do, don’t give in (or give out, really, as the case may be). “Essentially you should be like a statue, holding that position while your partner moves you around,” Adams says. It’s harder than it looks. Think twice about this if you have an old injury—external forces you can’t control, like an overeager partner, can aggravate old strains or sprains.

7. Yoke or Barbell Walks
Yoke walks and barbell walks are just as much a total-body exercise as they are abs exercises, and they’re some of Herbst’s favorite ways to train the core. Load up a yoke bar or barbell and rest it across your upper back, as you would with high-bar squats. Then, go for a stroll around the gym. “If you go heavy, your glutes, quads, and lower back will be complaining so much you won’t realize how much your abs are working,” Herbst says.

8. "Herbst Twists"
“I named these after me because I don’t know what they’re called, and I got thrown out of a gym for doing them as I was hitting people,” jokes Herbst. You’ll need a buddy to help load plates (and create a buffer zone). Place a barbell across your body in the high-bar squat position, and have your partner add a 25-lb plate to one end, making sure to lock each plate in place. Slowly twist your torso 90° to one side, then twist back through center and twist 90° the other way, going for 10 or so reps. Then have your friend add 25 lbs to the other end and do it again. “These are great for building stability,” Herbst says. “Also, people will figure out to keep away as you create a hard-hat area.” (Seriously, though: Make sure this is cool with the gym manager before you get yourself thrown out.)

9. Hanging Dragonflies
Dragonflies, sometimes called dragon flags, aren’t easy—and taking them to a pull-up bar makes ‘em even more difficult. Start by hanging from a pull-up bar. Raise your legs up, lifting your toes as high as you can to get them over your head. Then, with control, extend your legs out back in front of you and your torso, in a suspended reverse-planche position. Lower down back to the beginning. “Just be sure that you've got enough space above you so you're not taking the ceiling or lights out and that you've got enough grip strength so that you don't drop yourself on your head,” Adams says.

10. Abs Wheel from Your Feet
“Most normal humans do these from their knees,” Emig says. “I have seen one person that can do these from a standing position.” (And it isn’t him—he claims they’re very hard if you’re heavy or tall.) Starting from standing, place the wheel on the floor in front of you, so your body is in a pike. Roll out as far as you can toward horizontal (arms out in front of you)...then try to bring it all back in.

11. Medicine Ball Dribble
“Go watch Rocky II or Rocky III, when they’re bouncing a medicine ball off his abs,” says Herbst. “Life imitates art.” Tighten your abs, and have your lifting buddy do that to you. Points if you can avoid grimacing. (But please tell your pal to test the waters, before he gives you a ruptured spleen or something. And make sure he’s not holding any grudges against you first.)
Source: Muscle & Fitness
Tell me what you think

In the comments below let me know what you think about on the list. Do you like them, do you hate them?
Or even better, are there any other you believe would do a much better job?

If you have enjoyed the article or if it was interesting and helpful in any way please drop a like and a share! It really means a lot and helps the blog grow and show your support
Posted by ICYM on March 13, 2018
Email ThisBlogThis!Share to TwitterShare to FacebookShare to Pinterest
Labels: Fitness, Lifestyle, Sports

Evidence That We… Are Aliens Humanity may have moved one step closer to an answer to the eternal question: Where did we come from? By 2022, ... 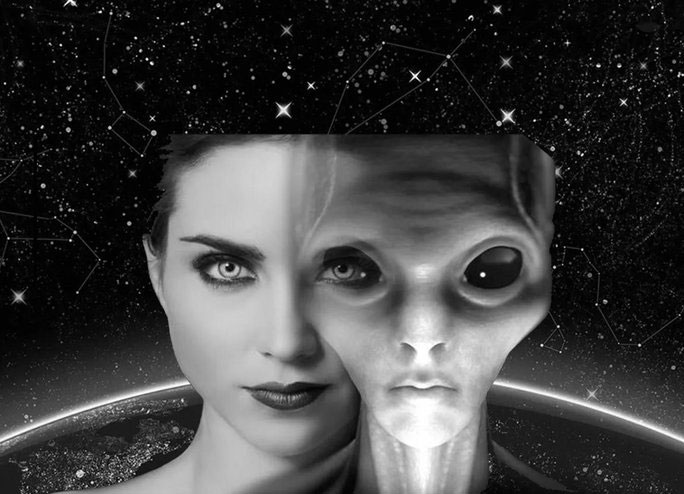